People tend to forget the elderly 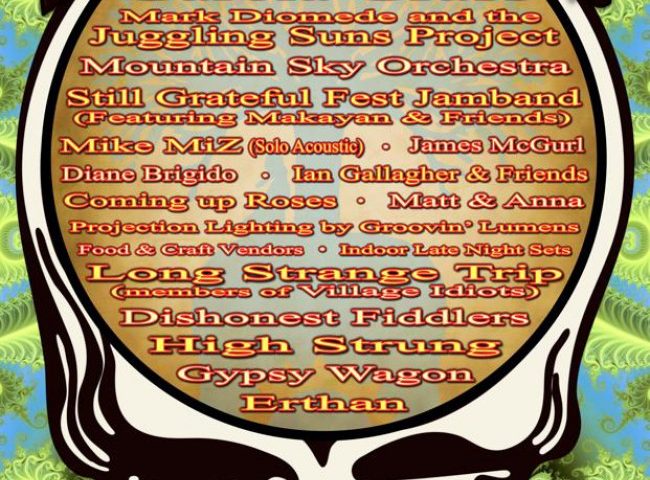 With the summer winding down and fall just around the corner, it’s the perfect time for one last weekend getaway. Those in NEPA won’t have to travel far when Mountain Sky presents the Still Grateful Fest 2 in its serene Jermyn location, starting tomorrow and running through Sunday.

Organizer Chris “Kamala” Towns took a few moments from his busy schedule to talk to NEPA Scene about the initial festival, how things have grown this year, and the type of atmosphere one can expect when attending a Mountain Sky event. It sounds exactly like the kind of getaway we all need. 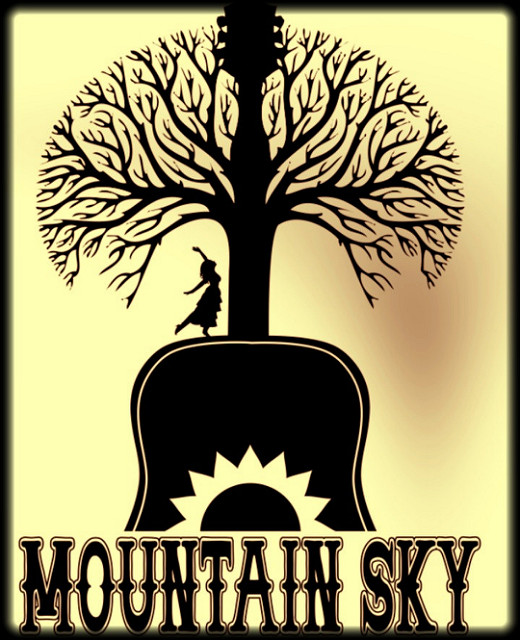 CHRIS KAMALA TOWNS: Well, even though this is Mountain Sky’s second official year it has actually been around for three. A lot has changed since its inception. There have been changes in personnel and a lot of great volunteers have joined the team, which is really what makes this whole thing work.

NS: Why did you personally get involved with Mountain Sky and this event?

CKT: I personally got involved with Mountain Sky through friendship with the founders as well as a lot of local musicians, and of course a love for music. I do some graphic artwork on the side mainly for bands, concert posters and things, so it was natural for me to help out by making posters for the Mountain. Eventually, just by sticking my nose in and acting as kind of a consultant, I became a key part of the team, a jack of all trades I guess you can say.

NS: It seems like you guys had a busy summer. Is the Still Grateful Fest 2 the last big Mountain Sky event of the season?

CKT: Busy is an understatement. You have to realize that we are all working-class people, most with families and real-world responsibilities. When it comes to Mountain Sky, we’re volunteering as much time as we can manage to keep things running smoothly. Still Grateful Fest 2 will be our ninth festival of the year, so it can be tricky to get the word out sometimes, trying to promote two or three festivals down the calendar but still keeping emphasis on the next one in line. We have one more event planned for Oct. 18 which will be our third annual Halloween Bash, but as for hosting hundreds of campers for the whole weekend, I guess you can say this is our last big one.

NS: How was the first Still Grateful Fest founded?

CKT: Still Grateful Fest was probably the first vision for Mountain Sky since we all love the Grateful Dead. Although it was our last event in 2013, it was the one we had all looked forward to having from the start.

CKT: Last year’s Still Grateful Fest was our biggest and most successful event to date. We had a lot of help from a lot of great bands that came together to help support us under the belief that Mountain Sky could really become something great. For me, it was the first time that it actually felt like a “festival” here – the first time our fields were filled with tents, pop-ups, and RVs. It was a great sight to see. And we’re preparing for twice the attendance this year. 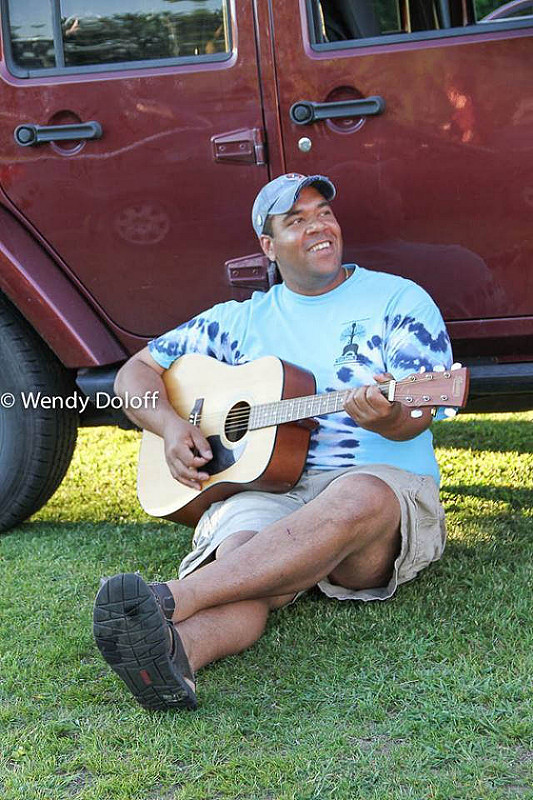 NS: How would you describe the atmosphere of this festival and the people in attendance?

CKT: The atmosphere and people that attend any festival here is, in one word, chill. Everyone that comes up falls in love with the place and the friendly staff. If someone tells me they’re coming up alone, I always say, “Well you won’t be alone for long.” It’s just that kind of place, where people of all ages can come in and chill together in a judgment-free zone with friends and family. If you spend a day on the Mountain and go home without making a new friend, you must have spent it napping under a tree somewhere.

NS: It seems an event like this is more of an overall experience and not just a typical show.

CKT: An experience – yes, it’s exactly that. Although most of the emphasis is placed on the live bands, there is a lot more to why people love coming to festivals and places like Mountain Sky. I can’t tell you how many groups of people come and set up elaborate campsites and spend most of their time sitting around and making their own music or enjoying their own personal campfire. It’s also a place where you can bring your kids along, and your dog, and make Mountain Sky your home for the weekend. It’s also typical for the musicians to come and camp, intermingling with the people, rubbing shoulders in the crowd listening to another band, things like that.

NS: How did you choose what bands would play the festival this time, and what is different about this year?

CKT: We chose the bands for this year’s Still Grateful Fest with the general criterion that they are in some way related to the music of the Grateful Dead. We sought out the local Dead cover bands like Strawberry Jam and Long Strange Trip who we would have loved to have last year but couldn’t get with such short notice.

But the lineup does not consist of all local bands. The Juggling Suns are great supporters of Mountain Sky, coming up from the New Jersey Shore area for their third appearance here, and Makayan will be hosting the “Still Grateful Jamband” Friday night, playing an after-midnight Dead set and coming all the way from Asheville, North Carolina.

Then we decided to give some up-and-coming bands a chance to shine, like Gypsy Wagon and Ian Gallagher & Friends, who will both get a shot to play on our new 24×36 foot Main Stage. On our second stage, there will be some great acoustic sets, mostly by Mountain Sky faithful. We get a lot of musicians up here playing around the campfire that are really great, so we decided to put some of them onstage to entertain the masses.

The biggest difference this year is the Main Stage. Last year, all of our acts played on the patio, which worked out just fine, but now we’ve got the real deal. Also, our late-night sets will be played on our indoor stage, which will really flip change the feel of the show, bringing people up close and personal with the bands. Come see for yourself! 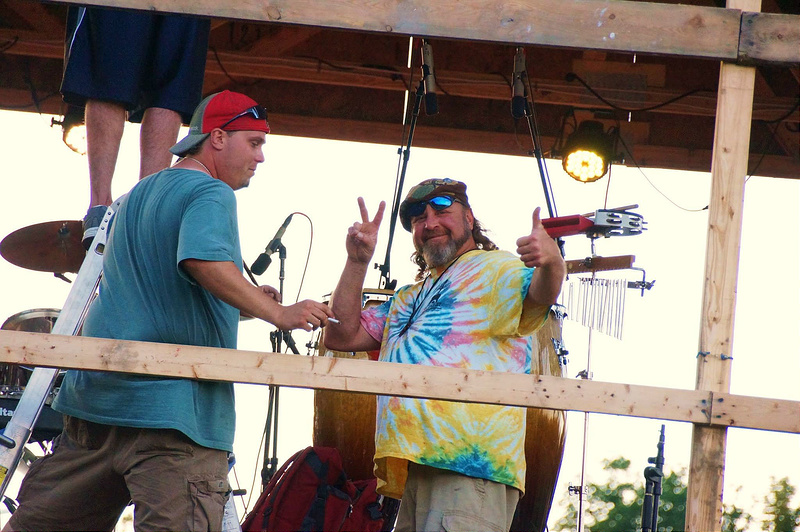 NS: The name and spirit of the Grateful Dead still brings people together year after year. Why do you think that is?

CKT: The Grateful Dead was more than just a band; it was a movement, and for its fans, a way of life, and that lives on today. There are a lot of great bands that have come together over the years, but the Dead happened in the right place at the right time and became a symbol of freedom and love. It’s the hippie movement and lifestyle that I believe keeps the Grateful Dead spirit alive – not to mention some really amazing music.

NS: While there is a built-in crowd, for those who wouldn’t normally attend an event like this, what would you say to convince them to go?

CKT: I would say, in the words of our good friend and leader of the Dishonest Fiddlers, Dave Brown, “Hey, do you like live music, good people, and having fun ‘n’ stuff?”

Really though, it is just a fun-loving time and gathering of happy, friendly people coming together to forget about their daily problems for a little while and share a smile. Visit us once and I guarantee you’ll be back.

NS: What’s next for Mountain Sky after this event?

CKT: Next on the calendar is our Halloween Bash Oct. 18 that will have kids’ activities, pumpkins, live music all day and all night, and hayrides! Oh yeah, that’s right, we’ll be having hayrides this weekend as well. A lot of people spent a lot of time carving out the 1.2-mile trail around our property, so come up and take a ride.

After this season, it’s back to the drawing board to see how we can make this thing grow into a lasting staple in NEPA. We’ve learned a lot and made a lot of friends along the way. With the help and support of our attendees and the community, the possibilities for Mountain Sky are endless.

NS: Is there anything else you’d like to mention?

CKT: In closing, on behalf of the entire Mountain Sky team, we’d like to thank all of our supporters, volunteers, and everyone who comes up to spend a little time on the mountain! Without the people, there is no Mountain Sky.

Hope to see you all this weekend. 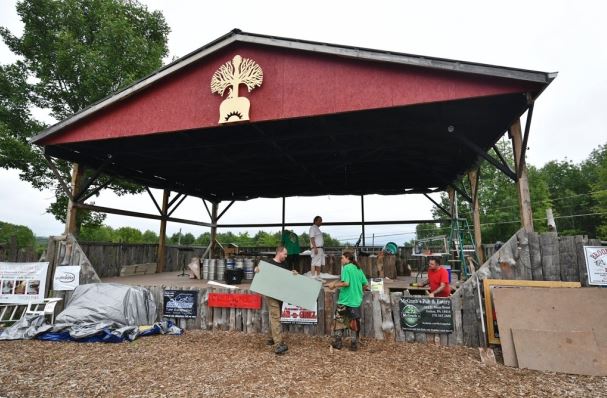